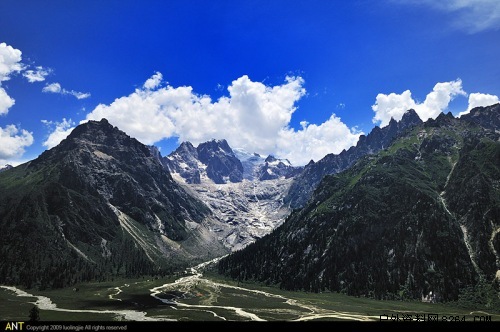 Located on the southeastern edge of the Qinghai-Tibet Plateau, the Que'er Mountain lies on the plateau of the western Sichuan, north of the Hengduan Mountains, and is oriented toward the northwest and southeast. It heads to Mora Mountain in the north, Sharuli Mountain in the south, Yulong River, a tributary of the Yalong River from the west to the east, and Xihe River and Maisu River, which are the tributaries of the Jinsha River in the north. The main peak of the Que'er Mountain is 6,168 meters above sea level, and its geographical coordinates are 9.1 degrees east longitude and 31.8 degrees north latitude. It is located in the southern section of Queershan Mountain, within Dege County. There are dozens of snow peaks above 5,000 meters above sea level in the mountainous area and it is a fortress of transportation in Tibet. In Que'ershan, it is named "Zola", which means the wing of a big bird. Snow and ice, the majestic Quershan Mountain is located in the northern part of the Sharuli Mountain. The highest peak is 6,168 meters above sea level, and stands on the top of the 5,500-meter peaks around the area. The peak of the mountain is Phosphorus and the ridges are jagged. The south slope is steeply walled, the bedrock is bare, and the north slope is snow-covered all year round, making it difficult to climb. Therefore, there is a saying that "Climbing up on Queer Mountain and whipping the sky". The Que'er Mountain is a relatively developed mountain in China. There are more than 30 glaciers in size, covering an area of â€‹â€‹80 square kilometers, second only to Gongga Mountain. 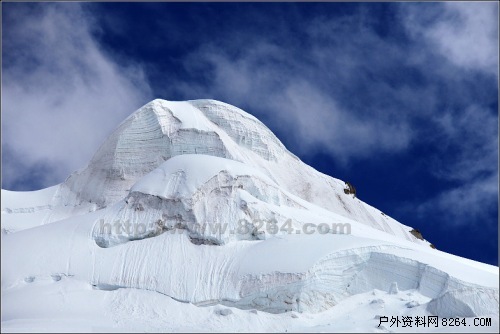 The ecological environment of Que'ershan Mountain is changeable and complex with abundant land resources. Into the mountain line can be seen on the foot of the mountain around the two huge ice tongue straight 4600 meters mountainside, the cold melting of the glacier melt down. In particular, the distance from C1 to the summit has a large number of ice walls, ice ditch and cliffs. Bright and dark ice cracks spread across the ice tower and snow bridge on the climbing route, making it difficult to climb. The snow is very thick and the mountains are rolling, which is very suitable for mountain climbing experience with a solid technical foundation. The course of the climb is close to Yulong Laochouhaizi, Bihu, Hongye, Qingcao, Cailin, and the majestic snow-capped mountains along the way. 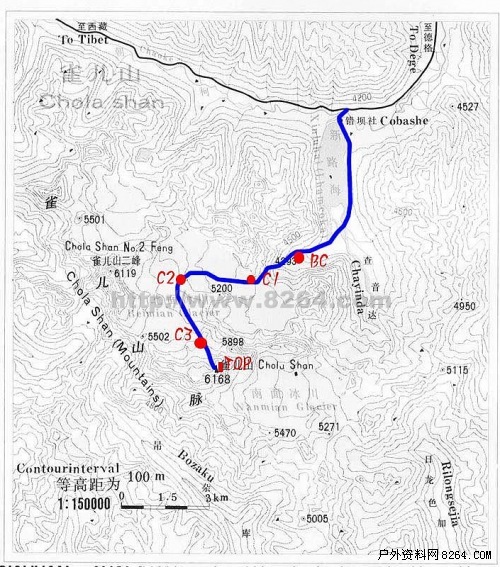 The snow line of Queer Mountain is between 4,700 and 5,200 meters. The glaciers are dominated by glacier glaciers. The ice is covered with vertical and horizontal cracks and a beautiful ice tower. The northwestern pinnacle of the main peak is the new road of the glacier lake, also known as â€œJade Canine Faultâ€, which is 4,100 meters above sea level. At its front end lies two side levees and a final culvert with a height of 200 meters and a length of 3 kilometers. It is 10 to 15 meters above the surface of the lake and is a relic of the ancient glaciers on the hard slope of the northern slope. On the mound-shaped plateau, spruce and garden cypress are distributed in a block. There are more than 20 species of animals such as black bears, forest owls, white-lipped deer, gazelles, snow leopards, and blue sheep in forest grasslands.

The Que'er Mountain climbing season is generally in April, May, June or September and October each year.

Into the mountain route: from Chengdu along the Sichuan-Tibet Highway west through Kangding, East after Russia and Luo after the north, through the Daofu, Ganzi, Yulong District, and then under the full 868 kilometers. Xinxinluohai will reach the north peak of the main peak of Que'er Mountain and the south bank of Hainan, a 3800m altitude mountaineering base camp. 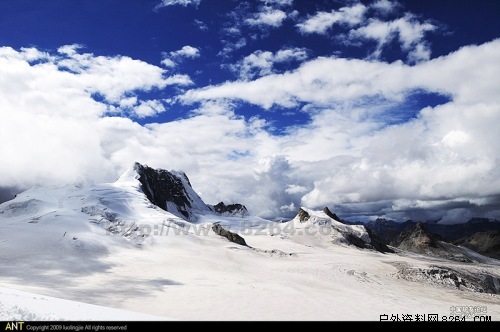 On the 24th and 25th of September 1988, 10 people from the China University of Geosciences and the Kobe University Japan Joint Team climbed to the summit for the first time in two batches and lasted for three months. The second time was the British summit in 1997. Among them, Mick Fowler was the 2002 Piolet D'Or (Golden Ice Axe) (also known as the Mountaineer Oscar) award. He can be said to be the world's top mountaineer. The third climb was in August 2002 when two Koreans climbed to the top. The fourth time this time, in July 2003, the Chengdu Jianbi Adventure Mountaineering Team successfully climbed to the top six.

Now the Que'er Mountain has become a mature and improved 6000-meter technology mountain.

Sevenze`s  sun lounge and Rocking Chair are designed well with unique styles. The material chosen is light, easy moving, which is the best combination of multiple courtyard space. It is wise to decorate by lounge and have a flexible usage of it no matter where it is, balcony, living room, garden or swim pool, getting the best experience in your life. 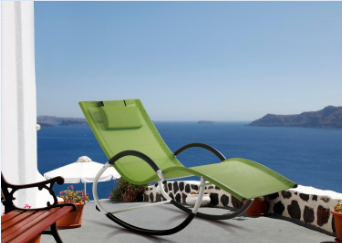